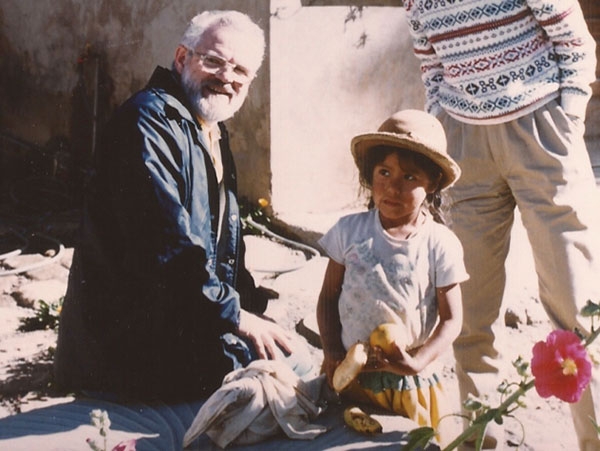 In 1981, a 44-year-old Trappist Monk named Fr. William Wilson made a life-altering decision. After living in a monastery for his entire adult life, he left to answer God’s call to live among the poor of Bolivia. Although he embarked on this mission believing he would maintain a contemplative existence, he discovered that God had a different plan for his ministry. After two years living in the city of Cochabamba, Bolivia, Father William moved to a remote Andean village called Aramasí, three hours outside of the city. There, he built a small adobe room, where he prayed and lived in solidarity with the indigenous community. In Aramasí, Fr. William witnessed the utter destitution of hundreds of Quechua people, who had no access to clean water or medical care. They came daily to his door seeking treatment for many illnesses, including tuberculosis, dysentery, and typhoid. While he did his best to help them, his initial efforts proved to be wholly inadequate.

Fr. William called upon friends in the United States, including Rev. William “B.J.” Weber. Together, these friends raised the funds to build the region’s first medical clinic, and Amistad Mission was created. Amistad, which means “Friendship” in Spanish, was founded on three tenets: Friendship with God, Friendship with the poor, and Friendship with each other.

This clinic later became a level one hospital that served Aramasí and 12 surrounding communities. Amistad worked with the people of Aramasí to bring clean drinking water, agricultural development and food security, a dam for year-round irrigation, a Montessori preschool, an elementary school, and a weaving cooperative. In 2013, recognizing the self-sufficiency of the Aramasí community, Amistad handed over all operations to the people.

God’s vision for Amistad Mission grew beyond Aramasí. In 1985, a spiritual retreat house in Cochabamba named “La Morada,” The Dwelling Place, was built for U.S. visitors and missionaries. Similarly, Father William had not forgotten the people suffering in the city, particularly the many orphaned and abandoned children who were living in the streets or in dismal overcrowded orphanages. Brothers and sisters were being separated in different orphanages, a practice still common in Bolivia. Fr. William again called upon friends in the U.S. to help these children.

In 1990, our Children’s Village, Villa Amistad, opened with three casas (houses) and 30 children, all of whom previously lived in two different orphanages. At Villa Amistad, biological siblings grew up together under one roof with a mamá as the primary caregiver and a tía (aunt) as additional support. This Christian family model, unique among more than 50 institutions in Cochabamba, expanded to eight casas and two off-campus youth houses for high school students. Currently, 27 sibling groups are bonded across Villa Amistad and our youth houses.

In 2008, Amistad celebrated our first university graduate, Flora, who paved the way for subsequent generations to pursue higher education. Today, all of the young adults at Amistad who graduate from high school are given the opportunity to attend university or technical school. They live together in apartments in the city and have obtained degrees in accounting, auto mechanics, baking, carpentry, civil engineering, education, law, psychology, and tourism, among other fields. Their remarkable accomplishments stand out in a country where less than 10% of the population obtains a professional degree.

In 2014, Amistad again extended our outreach to address the underlying causes that lead to violence and child abandonment to orphanages. Through our Amistad for Families program, we have strengthened over 250 vulnerable families who were on the brink of separation. Located in the same district of Cochabamba as Villa Amistad, the Amistad for Families Center receives families who voluntarily enter the program. To address their unique circumstances, children and parents receive comprehensive support services, including: daily tutoring, nutritious meals, psychological evaluations, individual and family counseling, parenting classes, spiritual enrichment, home and school visits, and microloans. Each family sets measurable goals as part of their family development plan. Nearly 70% of all families who have gone through the program have fully implemented their goals. Not one child from the program has subsequently entered an orphanage. 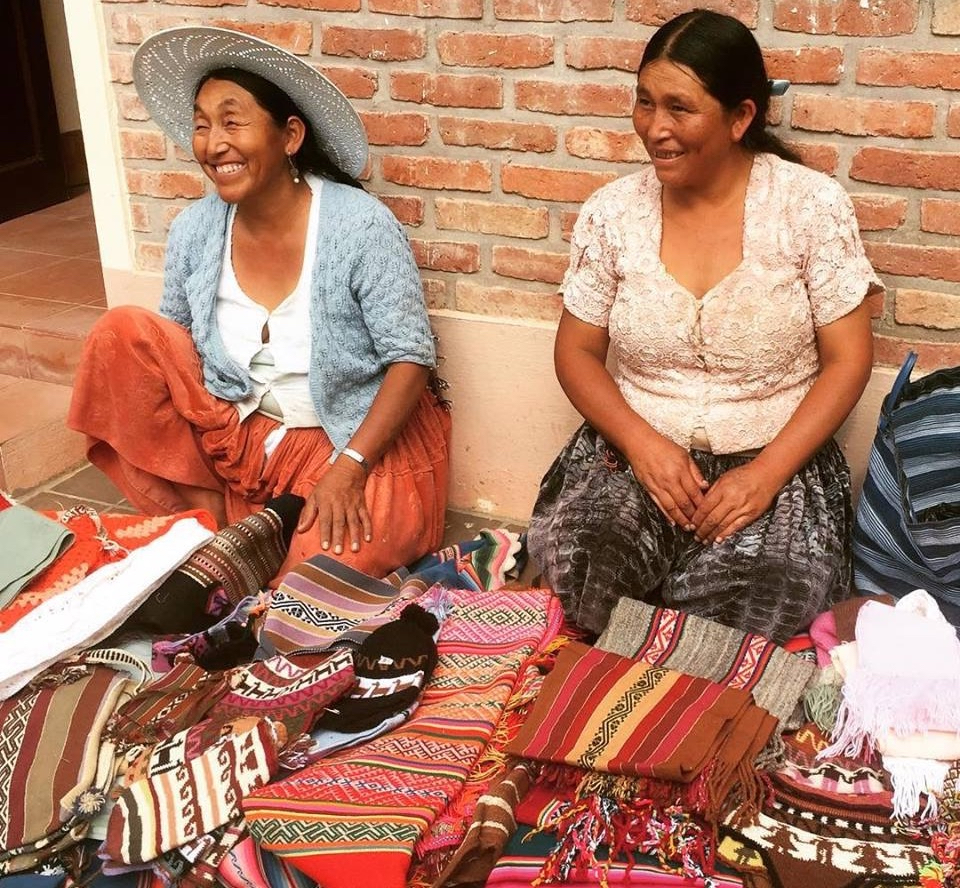 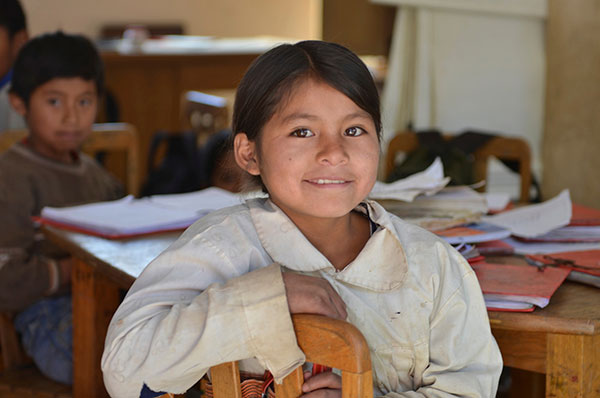 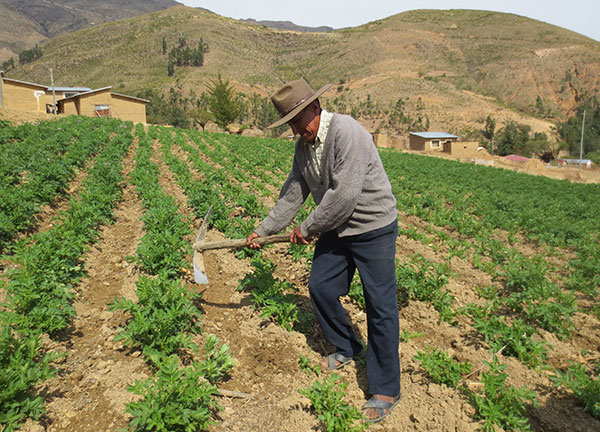 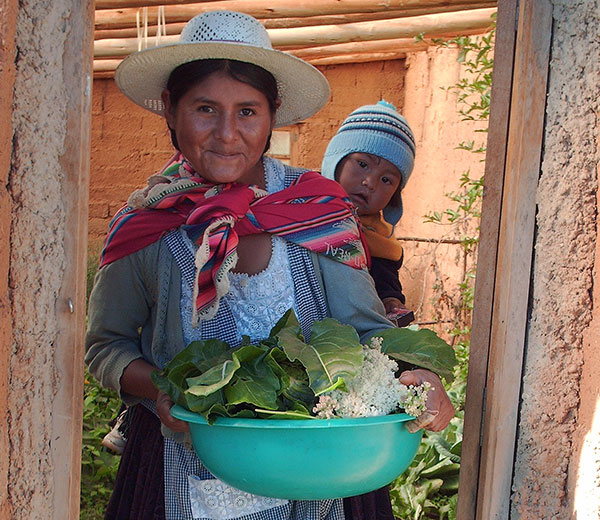 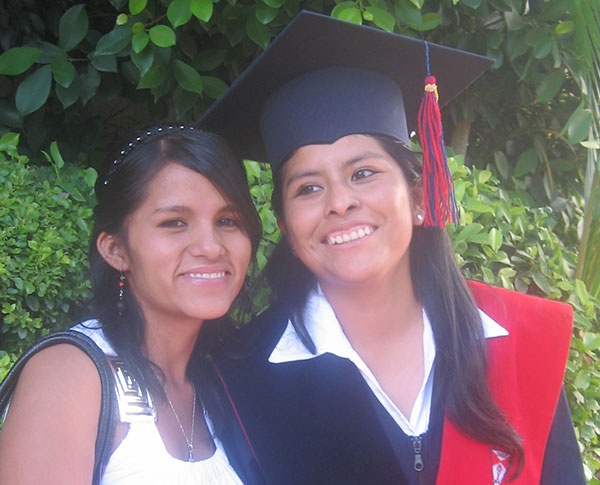